Born and raised inside a music club in Hollywood
Treated as a king in the entire neighborhood
Second to none of the guitar players
Arion was driving his convertible car
With the floating curly long hair of a superstar
Showing off in his rock ‘n’ roll band
Lovely Dolly hurried off to school under the storm
She was just too shy to be the queen of the prom
Oh but she knew there was still magic in the air
Ever since I was a child, you were always by my side
Even though you looked so wild and freedom was your pride
Now the years have passed me by and I’ve been listening from behind
To the music of your soul, ’cause it will always sooth my mind
One day after a successful Sicilian tour
Arion was on the boat that would take him back home
He thought he heard a strange noise at his cabin door
He didn’t notice the shadows moving in
… Too late!
… It was much too late!
Then he felt his body collapse on the floor
Suddenly there was a blackout
It all went dark
Lifeless for a long and lonely, lonely, lonely time
And when he finally woke up his body was tied
And he wondered why
He wondered why
He wondered why …
A gang of chicks were standing still, surrounding him
With fire in their eyes and smiling faces
But these sexy pirates were loaded with heavy weapons
They were closing in when they began to shout:
“WE WANT YOUR MONEY, GIVE US THE MONEY”
“WE WANT YOUR MONEY, GIVE US THE MONEY”
“WE WANT YOUR MONEY, GIVE US THE MONEY”
“WE WANT YOUR MONEY, GIVE US THE MONEY”
And when they finally found what they were looking for
They were going to throw him overboard
But Arion’s last will was to sing and play his final song
So they agreed to grant him this little reward
And for one last time
He was allowed to shine
He was allowed to shine …
Help me …
Somebody help me!
Somebody help me!
Somebody help me!
Help me …
Somebody help me!
Somebody help me!
Somebody help!
In this sea of darkness, with the horizon all around
In this ocean of lonelines, where I am soon going to drown
The wind blowing through my flooded ears, water leaking into my mouth ajar
Ripples splashing in my teary eyes, a last glimpse of endless starry skies
How long could I resist? How deep will I end up?
That mighty force from underneath, sucking me into this underworld
I feel my body sinking low, the abyss swallowing me up and dragging me down
A sudden beholding of a light glow, vision of a lifeboat passing by
She quickly grabs my hands and pulls me firmly in, and lies me safely down to rest
But all I need is to dive into the eyes that saved my skin, and hold her close against my chest
Dolly my love …

The game of life, my dear, is a funny one
‘Cause there’s too many people under the sun
But if you work hard enough, you can achieve anything
It’s just a matter of time, a matter of will
Now if you’d like to be happy, you’ve got to want it real bad
And stay away from those harmful people that make you feel sad
They’ll try and take control of you with their bad intentions
You’ll have to do what it takes and keep moving on
The game of life, my dear, is a confusing one
So listen carefully, but build your own opinions
Because you see, there’s always two sides to a story
And even when you don’t agree, you can still show empathy
The game of life is short, no time for anger or hatred
Keep in mind that indifference is your strongest weapon
If you reach deep within, your heart will know the answer
And learning to love is the one thing that really matters
Don’t stop dreaming, and don’t fear change
But don’t think anything will last forever
So learn from the past and live in the now
Enjoy the present moment and keep hope for the future
The game of life, my dear, is a scary one
Full of unsatisfied souls craving for what they don’t own
Some need a daily routine to feel safe
Some need adventure to make them feel alive
The game of life is tough so believe in yourself
You can try anything, but never become addicted
You can even grow up, but never grow into an adult
Always preserve the precious child in your heart

07. On the Road to Nowhere [bonus track] 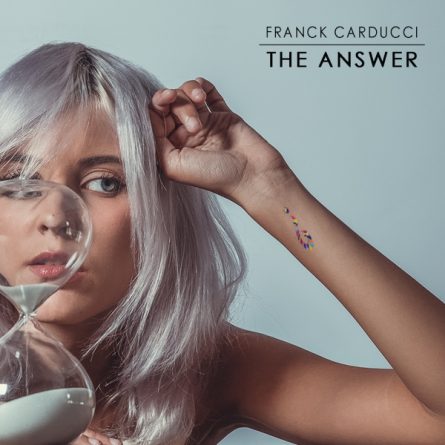